WHAT TO DO AND SEE AT LAKE BUNYONYI 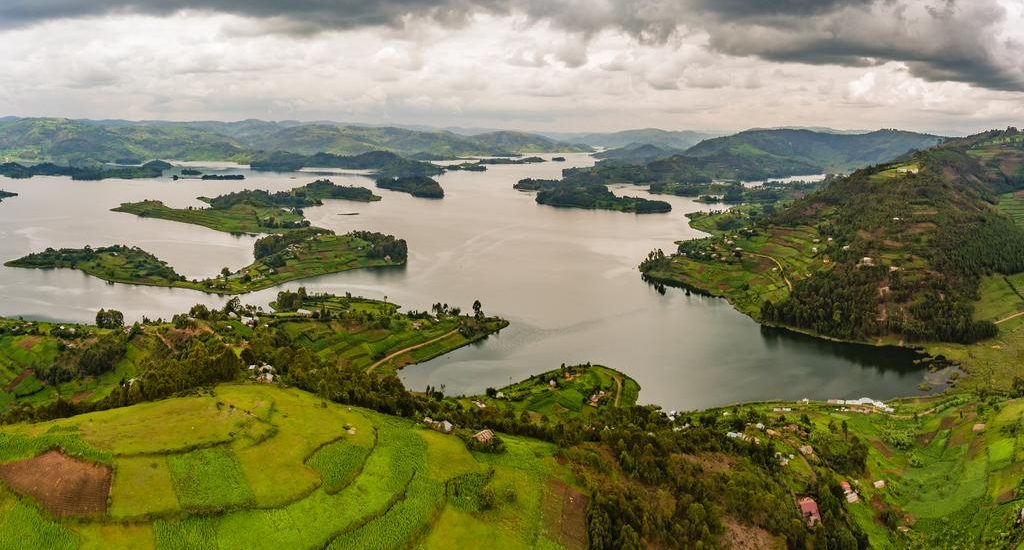 For travelers that seek beautiful green sceneries, calm and fresh water breeze from an area or a lake, Lake Bunyonyi is an ideal place for relaxation. Located in the southwest region of Uganda, near Kabale and Kisoro district, Lake Bunyonyi is a freshwater lake famously known for its 29 dotted islands with a breathtaking view of these islands.

Lake Bunyonyi locally means “area of little birds”. The evergreen terraces and landmarks create beautiful sceneries of the lake, worth a view on an Uganda tour. This lake covers a surface area of 64km, with a width of 7km and a depth of 40m. Most local guides of the area argue that the lake is much deeper than the “scientific lecturer”. The local guides propose that the lake exceeds the depth of 40m to make 900m.

“Place of many birds” translated locally to mean Lake Bunyonyi, is a freshwater body located in the basin of Uganda. Besides it being a lake, Lake Bunyonyi has been a great attraction with numerous fun activities enjoyed by the travelers that visit its premises
An Uganda tour is spiced up with an en-route stop over at Lake Bunyonyi to view the beautiful scenery of the lake. The 29 dotted islands of the lake are one of the high lights while on a visit to the lake.

The main islands of Lake Bunyonyi have been a great attraction around the lake include.

The Akampene island holds great significance to the ancient habitats of the Bakiga region. The ‘Akampene’ island which translates to mean the “punishment island” was used as an isolation ground for girls that got pregnant before marriage. In the previous local societies that lived around the lake, they used this island as a punishment. Girls who go pregnant before marriage were dumbed and abandoned to die of hunger as an example to the younger girls, not to engage in premarital relations.

The surviving chance of the girls that were left on the island was less, as they tried to swim back to the ground, many would die. Fortunately for the men that didn’t have enough bride price, these were considered as a rescue to the girls. For they would take up the abandoned girls from the island for marriage. This practice no longer exists around the area. But a sight of this island is truly worth companies of the interesting background.

This island was visited by an English missionary in 1921. Dr. Leonard sharp visited the island in Uganda first, for tour touristic activities. After 1931, he established a leprosy treatment center on Bwamba Island. The island takes the name (Sharp’ island) due to the great transformation caused by Dr. Leonard on the Island. He constructed a medical facility, patient quarters, and a church on Bwamba Island.
Even though Dr. Leonard sharp did most of his work at Bwanda Island, he rather settled at Nyuyeera Island in his tiny white house. A pass by these islands is an eye-opening experience and learning about the works of the great Dr. Leonard sharp.

For tourists that may want to stay on one of the Islands, the Kyahugye islands provide accommodation facilities on its flat hilltop. This is the nearest island from the mainland, offering specular views of far more of the lakesides, terraced hillsides, and the neighboring islands. Kyahugye islands allow wildlife viewing as it is the only island among the 29 with wildlife. Sights of the impalas, waterbucks, kobs, and monkeys are experienced while on a visit to the island.

Bucurannuka Island has a mysterious myth that leads to its formation. The myth has it that once upon a time, the old woman wanted a taste of soya from a group of men, these men denied the old lady the privilege to taste the soya. It is said, with the old lady’s departure, she requested an escort from the group to escort her from the Island to the mainland. A young man was handed to her as an escort, but on the man’s return to the island, it turned upside down killing the group of the men. The interesting story behind this island is intriguing and a visit to this island is worthwhile.

The 29 dotted islands of Lake Bunyonyi make up the beautiful scenery of the lake; coupled with the various fun activities.

Birding around Lake Bunyonyi is a fascinating activity. The area has more than 200 bird species that are sighted around the lake. Water birds, assorted birds, and migratory birds all can be spotted on a birding safari. Bird watching around Lake Bunyonyi avails bird species such as; the crowned cranes, herons, fisher grey crowned cranes, slender-billed baglafetch, levillant cuckoo, and African harrier hawk, egrets, and many more.

Nature walks through the tails of Lake Bunyonyi are another rewarding activity. Surpassing the different vegetation, local communities, and the sight of the freshwater together with the Islands is an experience like no other.

Swimming in the deep freshwater of Lake Bunyonyi helps to set off the heat after a hike. A swim in the lake’s water is a refreshing activity.
A walk through the different local communities around the lake gives a chance to fully immerse in the different traditions. The Batwa community is one of the major cultural encounters. A visit to this local tribe of the pygmies gives a chance to explore the different traditions, cultural practices, and behaviors of the indigenous people.

Mountaineering and biking around the hill slides and on the shores of the lake is a rewarding adventure.

Lake Bunyonyi is a one stop centre. This Lake is not to be missed while on a Uganda Tour. It can be explored in a day.