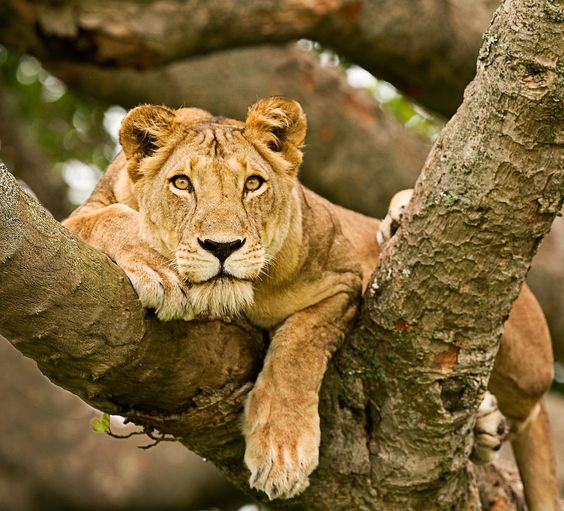 In March 2021, Uganda Wildlife Authority released a public notice that left the general public shocked. The press release informed the public of the sudden killing of six lions, in the Ishasha sector; allegedly by poisoning.

The killing of the six tree-climbing lions in the sector of Queen Elizabeth national park has devastated the conservation efforts of wildlife in Uganda. The Lion Carcasses found in the sector were examined and it was determined that they were poisoned. Additionally, some body parts were missing.

Eight dead vultures were found next to the carcasses of the lions. The death of the four lions led to further investigations that led to the arrest of four suspects.

Miliango Davi 68 years, Aliyo Robert 40 years, Tumuhire Vincent 49 years and Ampurira Brain 26 years are the four suspects that were arrested. These were arrested by the Uganda wildlife authority with the help of the Uganda peoples’ defense policy of Kanungu district kihihi sub country and Rusoroza parish kyenyabutongo village.

More evidence was found in the home of one of the suspects – Tumuhire Vincent. These included one panga, one hunting net, and two spears in his banana plantation. Two jerrycans of lion fat oil and three bottles containing a chemical called furadan were found. It is suspected that the arrested suspects used these materials to kill the lions.

With the arrest of these people, more investigations are still done to tract down all the lion killers and the arrested will faced the law as required for the justice of the lions.

The outcome of wildlife conservation have not only benefited the government, but the local communities surrounded by the protected areas. The benefits are in form of increased revenue from foreign exchange earnings

Queen Elizabeth national park is among the top national parks in Uganda. The park has been  and continues to be a great benefit to the government and the local communities surrounding it.

According to the news release, UWA indicated that the park has been the great source of revenue to Uganda. The park contributes 10% of the country’s GDP, 23% from the foreign export earnings and 1.6 billion contributions to the economy from natural tourism.

Despite the loss of these lions, there are still more lions to be explored in the Ishasha sector of Queen Elizabeth national park.

The tree-climbing lions are attracted to this area due to the presence of their favorite prey – Kobs.  The lions feast on antelopes that are found in the sector.  The Ishasha sector is dominated by acacia trees, fig-trees, and candelabra trees which the lions find comfort, resting in.

The lions in the Ishasha sector are special in the fact that they climb trees. These climb lions, to cool off from the heat on the ground; they rest from the tree branches to dodge the bites from the tsetse flies. With a need to feed, the lions climb trees to clearly view and make target for their pray (kobs).

The tree climbing lions are unique to wildlife and can only be found in the lake Manyara of Tanzania and Ishasha of Queen Elizabeth national park. Queen Elizabeth national park is a wildlife hub in the western Uganda. With the tree climbing lions as a highlight for a visit to the park, other wildlife species such as Elephants, Antelopes, warthogs, buffalos and many more, can be sighted on a Uganda safari.

The conservation and preservation efforts continue to take lead in the promotions of all stalk holders in the tourism industry. This gives hope to sustainable tourism in Uganda at large. Uganda is still open for wildlife viewing in all the protected areas of the country.