THE RETURN OF THE BENGAL TIGERS 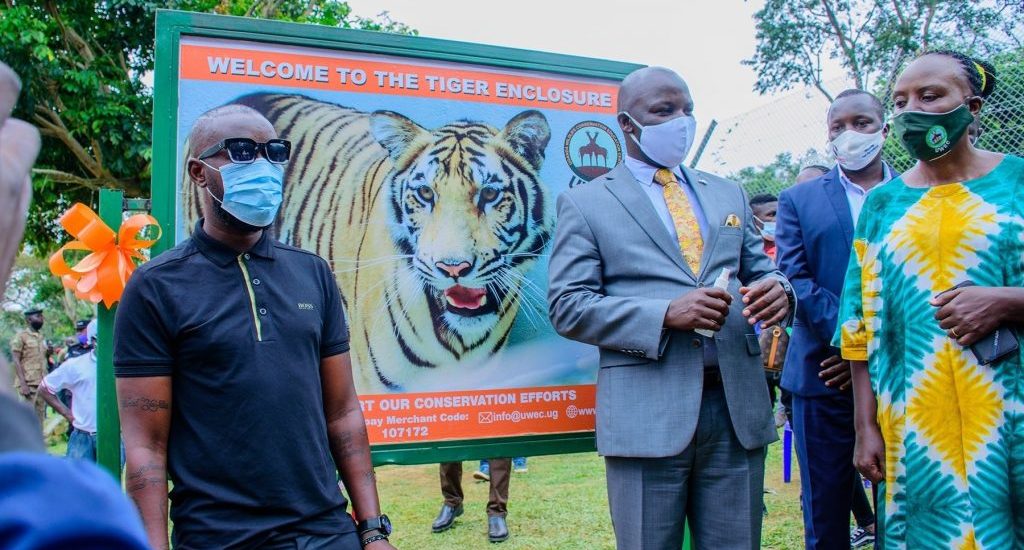 Having made the appearances of the Bengal Tigers before in the pearl of Africa in the late 1960’s, the striped tigers are finally sighted again in Uganda in November 2020, at the Uganda wildlife conservation education center.

Famously and previously known as the “Entebbe Zoo”, the Uganda wildlife conservation center located in Entebbe was made the home of the two tigers in the pearl of Africa. This center was opened up in 1952 by the colonial government as a reception Centre for wild animals that were found casualties.

It later changed into a traditional zoo in 1960, the year were the tigers and bears made their appearances. This later on become the Uganda wildlife conservation education Centre trust in 1994 in May.

Tigers are the largest cat species besides the lions, leopards, cheetahs that can also be sighted while on your Uganda safari. Tigers are endangered cat species that are threatened by poaching, habitant fragmentation, human wildlife conflict and habitant destruction.

In Uganda, we received the Bengal tiger specie that comes from the family of panther Tigris Tigris. The Bengal tiger is the largest of all the other tiger species.  The arrival   of one white male and one brown female were through the exchange of 25 monkeys with South Africa.

The shipping of these tigers from South Africa by the Uganda wildlife conservation education Centre costed $2000; these tigers consume about 150,000 Uganda shillings of 10 kilograms of meat.

The tigers were introduced in Uganda for conservation roles of education, research and recreation, the Uganda wildlife conservation education Centre aims more at introduction of more mammals such as the Kangaroos and establishment of satellite zoos in the different regions of Uganda. It helps to boost the tourism industry in the pearl of Africa.

What you need to know about the Bengal tigers.

The species has both the brown / orange color tigers, the white tiger or bleached tiger which is not an albino tiger, rather the color is formed due to recessive mutant of the tiger.

The tiger coat is yellow, to light orange with stripes from dark brown to black. The belly of the yellow tiger is white with all its interiors.  The tail is orange with black stripes.

Tigers are carnivores that usually hunt large ungulates, medium sized and small preys, for the ones that are in the wild

The gestation period of the Bengal tigers is 93 to 114 days; they gave birth in dense thick and tall grass and sometimes cave. The cubes are usually about two to three and it’s at the extreme when they are six at birth. These are usually born when their eyes are closed and usually open after 6 to 14 days.

The male tigers don’t usually participate in the rearing of the cubes; these usually stay with their mum till they can live on their own.

The conservation efforts of the Uganda wildlife conservation education Centre have not only been limited to the Bengal tigers, but there is a variety of mammal species that are well protected and can be sighted still at the Centre.

In these we have reptiles for example the Nile crocodile, marsh terrapin, Gabon viper, Egyptian cobra, primates include the chimpanzees, baboon monkeys, pata monkeys, red tailed monkeys and the Ruwenzori black and white Colobus.

For the mammals we have the African elephants, Eland, camel, Bush buck, giraffes, hartebeest, and Impala, reedbuck and hoof stock. Carnivores include serval, lion and the leopard besides the tigers. And lastly for the birds we have the parrot, African fish Eagle, Ostrich, gray crowned crane, pink backed pelican and the peafowl.

For the travelers that come to have a sight of the beautiful creatures, there are a number of accommodation facilities that are provided for the visitors, these include flats, bandas, campsites, and hotels all depending on the tourist preference.

The Bengal tigers in Uganda have increased the tourist preference in the tourism industry, as they have improved on the tourism product that Uganda can offer, and shouldn’t be left out on every safari to the pearl of Africa.