THE GREAT BLUE TURACO IN UGANDA

The Great Blue Turaco in Uganda. 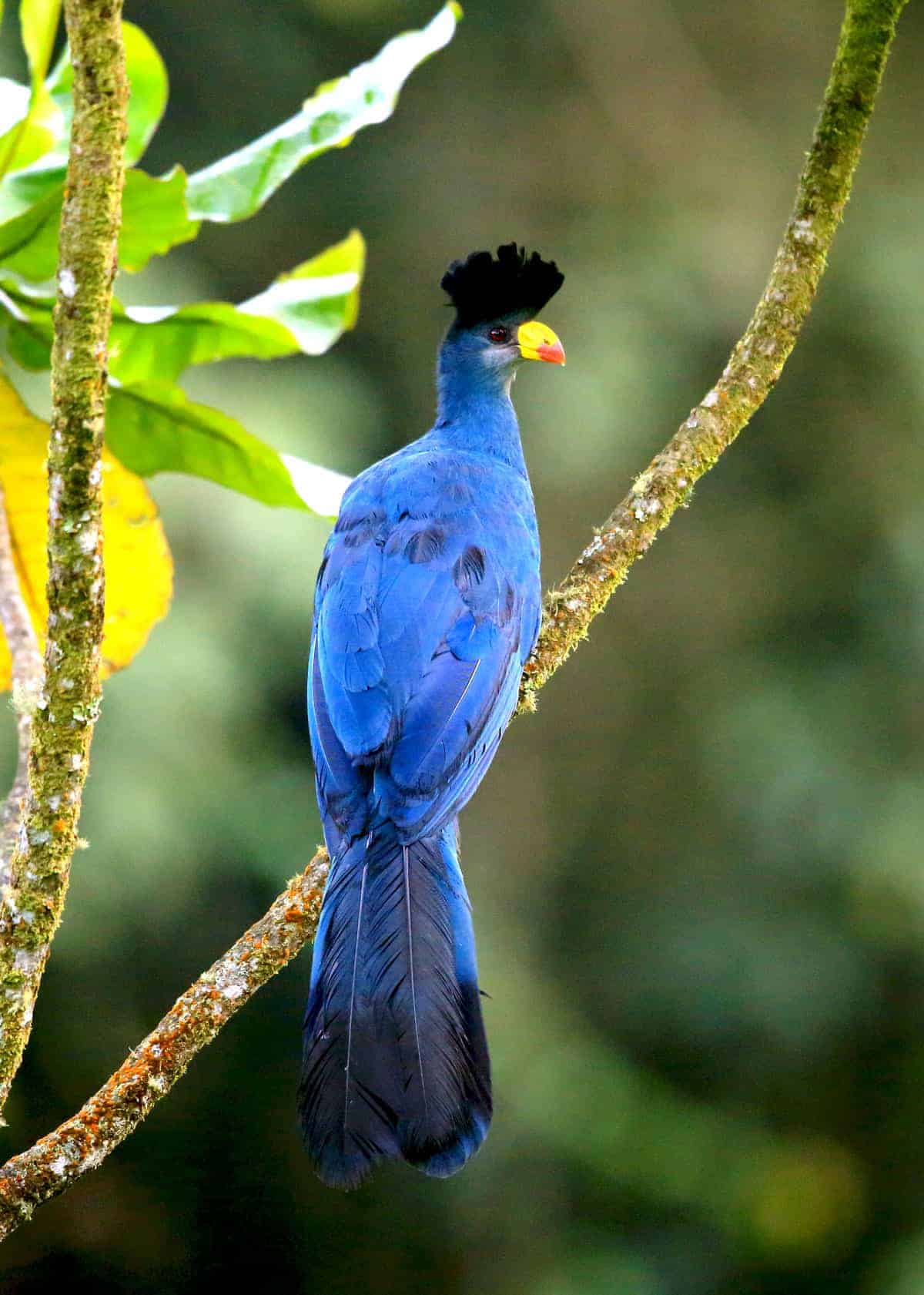 Popularly, Uganda is recognized for gorilla trekking, and surely if you are a primate lover, Uganda is the real deal. But there is something so unique that goes beyond the game viewing and gorilla encounter, that which soothes the hearts of the passionate travelers. It is bird watching in Uganda. The country is a home to over 1,050 bird species in its tropical forests, swamps and agricultural lands, lakes, savannah and rivers and montane areas. Almost a third of the world’s population of birds resides in Uganda, including the elusive Shoebill stork, swamp flycatcher, papyrus gonolek, malachite kingfisher, pied kingfisher, black-headed heron, black kite, African open-billed stork, African jacana, lesser jacana, winding cisticola, Veil lot’s black weaver, grosbeak weaver, black-headed weaver, African marsh harrier and so many others.

The great blue Turaco ranks high in the bird kingdom and it is one of the most sought after bird species by the birding enthusiasts. Yes, all birds are beautiful to behold, but there is something so special about the Uganda’s great blue turaco which keeps attracting in more travelers for birding safaris in Uganda. This bird, often called the Corythaeola cristata is a Turaco, a group of African near-passerines. It is the biggest species of the Turaco family, relatively 70–76 cm in length with a mass of 800–1,231g.

The great blue Turaco has a turquoise-blue head with a black crest at its crown. It has a blue wide long tail with long black legs and feet. Just like other Turacos, this great bird also marks its territory all year round. The great blue Turaco is a relatively shy bird that hardly perches on the ground except on rare occasions when it is going to drink or bath. They mostly live in groups of pairs, families and perhaps social groups of about seven members.

The blue turacos are not good fliers, so they only fly to lower forest levels giving birders an opportunity to view it properly while on their bird watching safaris in Uganda. They feed on flowers, fruits, leaves, buds and insects.

If anyone in the world has not seen the great blue Turaco, it’s high time they booked a birding tour in Uganda and have themselves this opportunity for life to behold this beautiful bird.