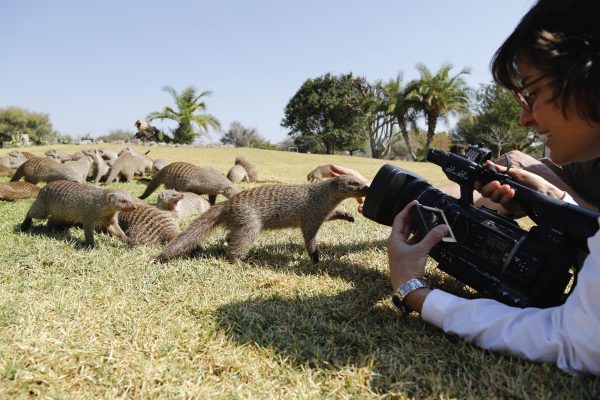 Experimental tourism in Uganda was introduced in the pearl as a way to alternatively experience the different fauna found in the Uganda  destination locations.

This kind of tourism doesn’t involve the “normal” explorations of the tourists, that involve game viewing or birding on game drives and boat launches in the protected areas of the pearl. But rather involve in an intimate research and reach of the wildlife in the pearl.

Experimental tourism in Uganda involves the monitoring of fauna in regard to their location, behavior and surrounding.

In Uganda, this kind of tourism experience takes place in Queen Elizabeth national park. This national park is located in the western region of Uganda and  famous for it’s abundance in wildlife. These include game viewing on a game drive, boat cruises, local community visits, chimpanzee trekking ,birding and many more.

There are only three activities in Queen Elizabeth national park that favor experimental tourism, these include, mongoose tracking, tree  climbing lion  tracking and the hippo census activity.

This is the most engaged experimental activity by tourists on a Uganda safari. It involves the tracking of tree climbing lions located in the Ishasha sector of Queen Elizabeth national park.

The Ishasha sector is located in the southern region of the park, and it is the only place of the tree climbing lions in the pearl.  The presence of the acacia trees, sycamore trees in the Ishasha plains attracts the lions.  The lions view prey better when up in the trees while cooling off and getting away from the ground heat.

Mongoose tracking is part of the experimental experiences in Queen Elizabeth national park. It involves tracking of the mongoose small mammals using a locator with a team of researchers.

The mongoose rodents are found in termite hills, and smashes of the plains, that require a close search by foot.  Researchers get to study and get to know in detail about the mongoose. Their behavior, habitats, reproduction, social behavior and more.

The number of individuals that participate in the tracking is limited. This is to reduce human presence to the animals. And for visitors to have and exclusive experimental experience.

Visitors interested in mongoose tracking in Queen Elizabeth national park have to pay an amount of 30$ for the foreign nonresidents and foreign residents. For the East African residents they pay a fee of 30,000 UGX person.

This activity takes place every after two years and involves the counting of the hippo population in Queen Elizabeth national park. It involves a team of observers that count the hippos and a data base recorder that notes the numbers observed.

This census helps in the monitoring of the hippo population in Uganda. Hippos can be found in other national parks that include Murchison falls national park and Lake Mburo national park.

This experimental tourism activity costs 100$ for both foreign residents and non-residents and 100,00UGX for the East African community.

This activity begins from 8:30 am in the morning, followed by a short briefing about the census procedures and all the requirements needed.

Experimental tourism gives another perspective for tourists that take on the pearl, for their Uganda safaris. Besides trekking the famous mountain gorillas in the primate parks of the pearl, or touring the adventure capital of the pearl; Jinja city.

How to get to Queen Elizabeth national park

Tourists interested in experimental tourism in the Queen can access the park by road or by air.

A road transfer to Queen Elizabeth national parks takes approximately 6 hours Depending on the route used. Tourists can use the western route that uses the Mbarara Masaka high way travelling a distance of 386km taking 6:50 hours.  Another option can be the fort portal Mityana road, with a driving time of 6:52 hours covering a distance of 424km.

It is possible to reach Queen Elizabeth by plane via Kasese. Using the charter flights that head to western Uganda at kihihi airstrip.