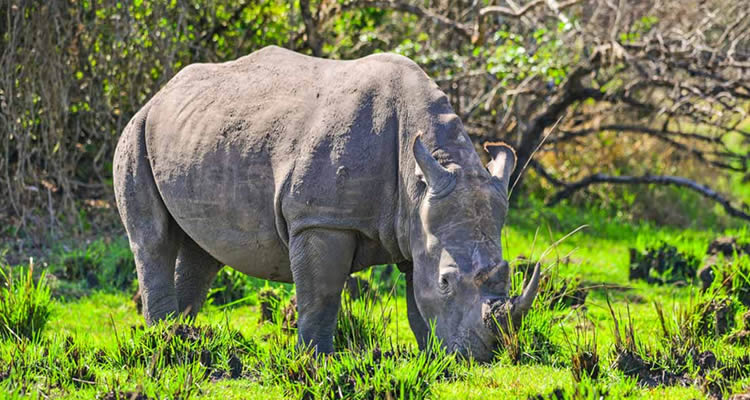 Following the earlier closed of the Ziwa rhino sanctuary in the month of April. The Uganda wildlife authority; one of the managing bodies of the sanctuary set out a press release informing that Ziwa Rhino sanctuary is now open for tourism.

The sanctuary has been going through land disputes among the managing bodies of the sanctuary. This caused fear which led to the closure of Ziwa sanctuary in April. After mutual negotiations between the parties, the sanctuary is now open for tourism since 10th June 2021.

ABOUT THE ZIWA RHINO SANCTUARY

The Ziwa Rhino sanctuary is located in north eastern Uganda in Nakasongola district 180 kilometers from Kampala the capital of Uganda.  The sanctuary is the only place in Uganda where travelers can experience and track the rhinoceros species in their natural habitat.

The sanctuary was established in the year 2005, first with the population of the black and northern white rhinoceros. Due to the huge human threats that including poaching; this reduced the population of the rhinos over time. After some time, rhinos where introduced again in Uganda with rhino donations from some countries.

Ziwa rhino sanctuary overs about 7000 ha with the charge of about 78 ranger. The sanctuary currently has a rhino population of 32 rhinos, a number rising up with the help of the new births.

The sanctuary is a usual enroute stop over for people transferring to Murchison falls national park for rhino tracking.

Before encountering the rhinos, the visitors first have a briefing about the do’s and don’ts’s while tracking.  The visitors are driven to the starting point of the track, then track by foot the different trials of the rhinos. An armed ranger guide is always available to protect and guide through the whole rhino tracking experience.

Rhino tracking in Ziwa gives a full close up with the rhino species, as one gets to witness them as close as seven meters away. A ranger guide is always available to deliver information concerning their behaviors, feeding habits, reproduction and many more. Caution guides lines are also given in cases of emergencies. Photography is also allowed while tracking in the south white rhinos of Uganda.

Birding in the sanctuary is more preferably done in the morning and evening time. Birders are recommended not to forget the required birding gear.

One of Uganda’s most sought over bird species; the shoe bill stork can be seen in the sanctuary. The canoe rides through the Ziwa swamps reward the view of the rare shoe bill stork. This birding safari takes about four hours riding and seeing the different water birds in the sanctuary. Birders need to wake up as early as 6 am to start off the birding expedition. The explored swamp bird swamp for the shoe bill sight is the Lugogo swamp, bird species sighted include; malachite kingfisher, African jacana, Open billed stork, black crake, the Egyptian goose etc. The ride in view of the shoe bill stock and more birds is a must for all the Ziwa sanctuary visitors.

Ziwa rhino sanctuary is available for all the visitors that could be interested in talking a walk through its beautiful premises. This walk gives sight to the beautiful vegetation of the park, wildlife and many more. The nature walks are scheduled for the morning hours, afternoon hours and evening hours for those that are interested in viewing various nocturnal animals. Mammals seen include antelopes, warthogs, mongoose, porcupines, primates and many more. Nature walks in the sanctuary take about 2 to three hours exploring the different gems offered.

Those that are interested in more wildlife, Ziwa sanctuary is the place to visit. This sanctuary is home to about 40 mammal species apart from the Rhinos. Wildlife such as the hippos, Uganda kobs, water bucks, red bucks and many more, all can be sighted while on a visit to the sanctuary.

The reopening of the Ziwa rhino sanctuary avails   an opportunity to encounter the above mentioned experiences and more. For visitors that plan on spending a night at the sanctuary. There are various accommodation facilities provided.