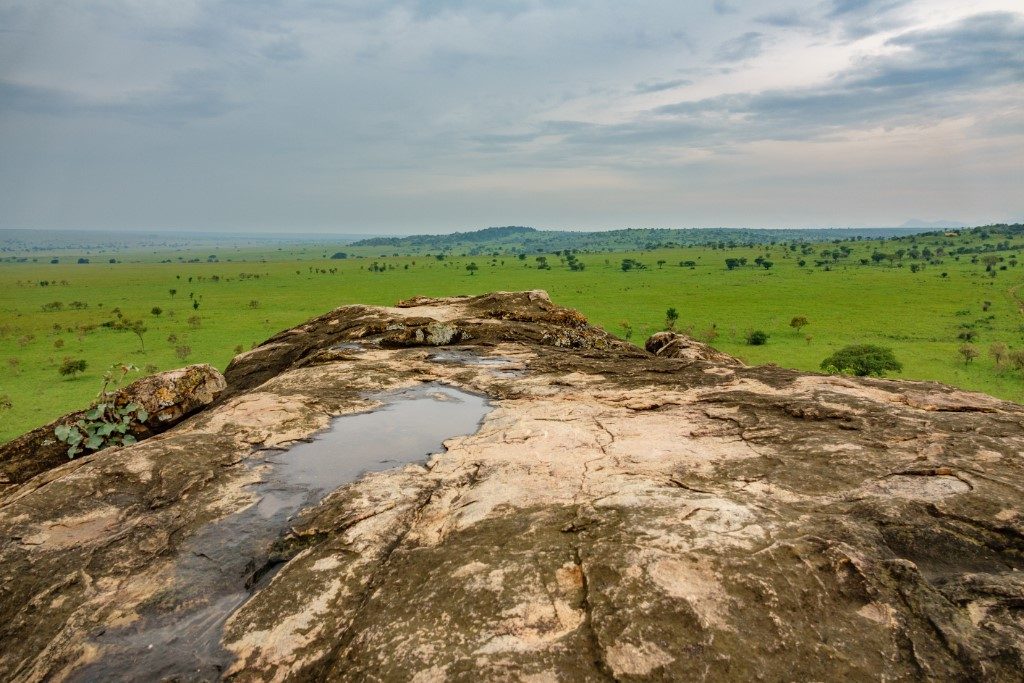 This Northern Uganda and Kidepo Valley National Park safari exposes you to one of the most amazing wildlife species that rank highly not only in Uganda but in East Africa. It is a circular trip that starts and ends in Kampala, delivering a whole round amazing experience that no any other country can offer.

Traverse the eastern rangelands of Jinja to make the historical tour to the source of the mighty Nile; before you continue to the far north-east to Kidepo valley national park; via the misty hills of the Elgon showered with countless water falls including the magical Sipi falls. The trip also includes visits to the local communities, and numerous cultural encounters with the Karamajong herds men.

You will continue to the far north-west of Uganda to view the powerful falls in the world where the Nile is forced to pass through a narrow gorge; forming the most amazing water falls of all time and a stunning boat cruise along the Victoria Nile.

Arrive at Entebbe Airport. Your guide will be there waiting for you. Pick up and then proceed to Kampala city.

Transfer early in the morning from your residence in Kampala to Jinja; catching up with half day white water rafting. You will also explore the Nile cascades as this legendary Nile River flows past the impermeable rocks that have stood in its way for centuries past. Then you get to your rafts and maneuver with the waters under the guidance of the experienced rafting team. You will enjoy the breathtaking adventure amidst the cheers of the locals as they watch in amazement from the river banks. Then return from the activity and later transfer to the source of the Nile for an impressive Nile boat cruise; exploring the source of this famous river. The boat exposes you to numerous species of birds perching on the overhanging tree branches and the river banks. Retire for dinner and overnight.

Other optional activities include; kayaking, quad biking or horse riding.

Tip: Please let us know if you want to go for rafting. This must be booked in advance (certainly in high season).

Budget: Source of the smile Guesthouse 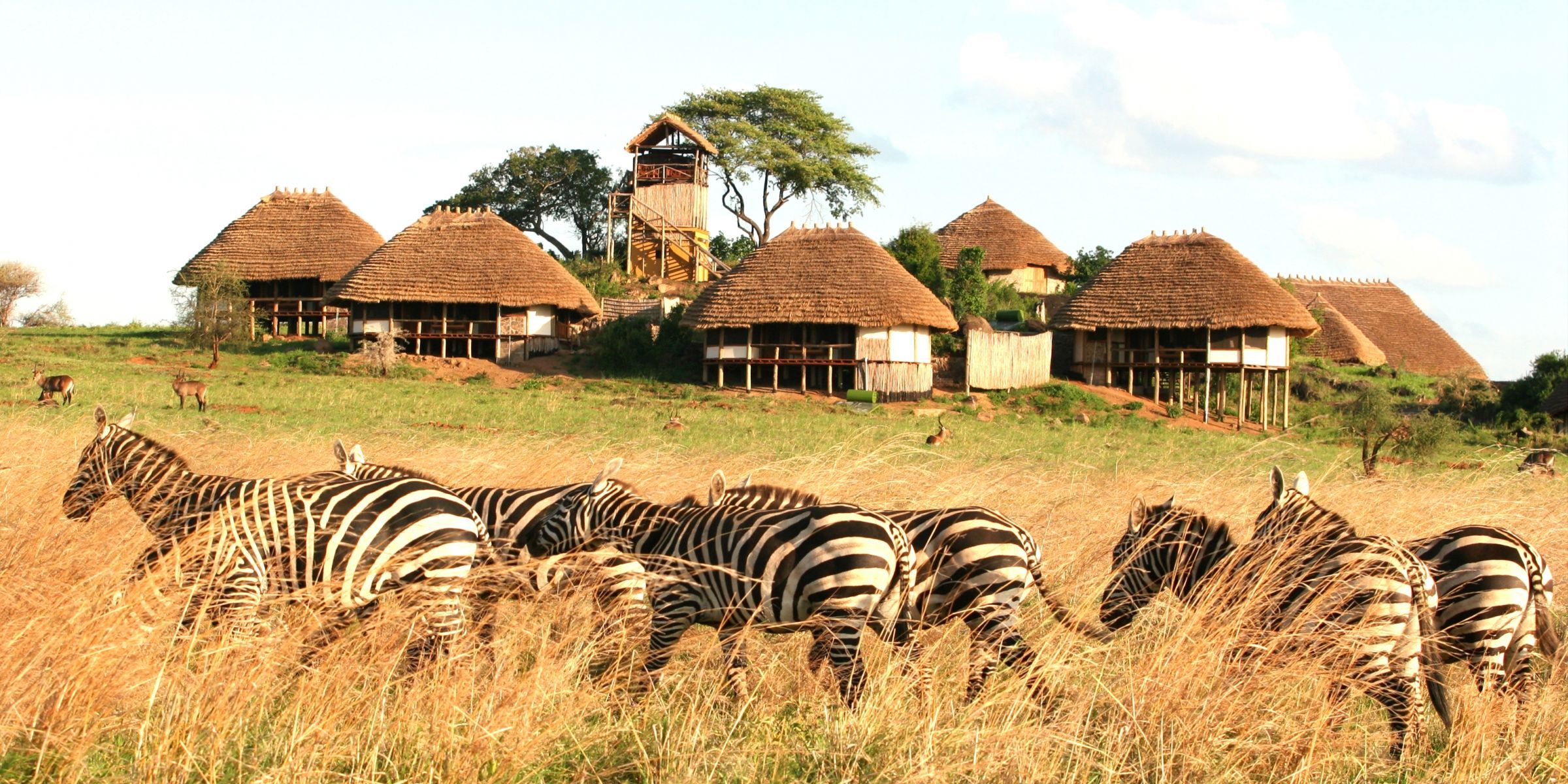 After breakfast, transfer to Sipi Falls. The falls are in a beautiful crater landscape on the slopes of Mount Elgon (4321 m); traversing the rolling landscapes of eastern Uganda marked by extensive rice fields and sugar cane plantations; not forgetting the natural wetlands that mark the flat undulating sceneries in the area. Arrive in Sipi for lunch and make a beautiful walk to the 3 huge waterfalls. This area is known for its stunning panoramas of the Karamoja plains below and nice hanging valleys. It offers views of the soothing waters and landscapes overlooking; not forgetting plain farmlands in the Bugishu region. Retreat for dinner and overnight.

Sipi Falls is notably the highest Waterfall in Uganda; the water falls down for 100 meters.

After breakfast, embark on a journey to Lira in the north-central part of Uganda. Traversing the flat pastoral landscapes overlooking the Karamoja undulating Plains and make a game drive in the famous Pian Upe Game Reserve. There, you can spot several species of savannah wildlife such as; Jackals, Civets, Spotted hyenas, Servals, Leopards, Wildcats, Vervet monkeys, Patas monkeys, Olive baboons, vervet monkeys. In addition to that, you can spot; the Topi, Cape buffalo, Common eland, blue and common duiker Gunther’s dik-dik, Klipspringer, Waterbuck, Ugandan Kob and Bohor and mountain reedbuck among others.

We also make a stop at the historical Nyero Rock Paintings dating back to the Iron Age. Later proceed to Lira; a nice town with many markets, cafes etc. On our way we make some stops to meet the local people.

Transfer to Kidepo Valley National Park and relax in the evening over the fire place.

Kidepo Valley National Park is one of the best national parks in Uganda with high chances to see lions, leopards, elephants, giraffes and large numbers of buffalo. Kidepo is also home to the Somali Ostrich.

After a sumptuous breakfast, undertake a morning game drive encounter in the extensive dry savannah plain lands of Kidepo Valley National Park. The park is one of the most beautiful parks that Africa has ever had and scattered with counts of wild game including; lions, elephants, buffaloes, Rothschild giraffes, cheetah among other wildlife. You drive through the magnificent Narus Valley; where animals tend to flock to quench their thirst from the many water points in this place.

The stretch to Kidepo Valley offers you chances to view an elusive Ostrich. Retreat from the 3 – 4 activity and relax at the lodge for a luxurious lunch. In the afternoon, you embark on the exploration of the Karamajong pastoralist communities with their amazing culture and heritage that characterize these people. They will take you around their traditional home steads, cattle Kraals, calf pens and their cultural Manyattas. You can attend one of their musical performances. Then retreat in the evening for relaxation, dinner and an overnight.

After breakfast, embark on the trip to Murchison Falls National Park. This is notably the largest national Park in Uganda; perched in a natural rolling savannah vegetation crossed by the mighty Nile River; leaving a permanent natural land mark – Murchison Falls. This is arguably the most powerful falls in the world and noted to be the greatest natural feature to ever happen on the Nile River.

You will drive through the undulating savannah grasslands in Kitgum and Gulu. These are noted to be former hiding grounds of Lord’s Resistance Army with their furious commander Joseph Kony. The area is now war free and you only encounter the remains of the war and meet war survivors still dwelling in the IDP (Internally Displaced People) camps. Some people are still suffering from the post war trauma. Then finally arrive in Murchison Falls National Park in the evening for relaxation, dinner and overnight.

Day 8: Morning game drive, afternoon Nile launch cruise and hike to the top of the falls.

After an early morning cup of tea at the lodge, continue to the park for a morning game drive; which tends to last 3 – 4 hours exploring the park’s attractive wilderness in its authenticity. The activity is carried out in the northern sector of the park. This is a renowned hub where numerous counts of wildlife dwell including; lions, Rothschild giraffes, leopards, elephants, Buffaloes, Jackson Hartebeest, Oribis, and Kobs among others. Return from the activity and head back to the lodge for relaxation and a sumptuous lunch after which you assemble at Paraa Jetty for a thrilling afternoon Nile launch cruise.

Depart at 2pm and head for the bottom of the waterfalls. The boat cruise avails you with opportunities to encounter numerous birds, terrestrial and aquatic species such as; the Nile Crocodiles, Hippos and the elusive shoebill stork; not forgetting other wild game that quench their thirst from the Nile waters during sunny afternoons. The stretch to the bottom of the falls and the eventual hike to the top of the falls soon you are exposed to the thunderous roar of the waters of the Nile, arguably the longest river in the world where it squeezes its self to penetrate through a less than 8m gorge forming a rapid drop of spray marked by a trade mark rain bow as it plunges 43m below to what has been termed as the Devil’s Cauldron. Retire from this rather interesting 3 hour activity for relaxation, dinner and overnight at the hotel. 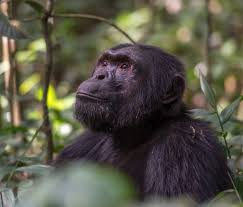 After breakfast we drive south to Budongo Forest. This forest is notably the biggest and thickest mahogany forest in Uganda and east Africa. This forest is an interesting jungle; harboring numerous number of bird species, including Zoothers camaronensis, Ceratogymna fistulator, Neafrapus cassini, Batis ituriensis, Smithornis rufolateralis, Sylvietta denti as well as Ixonotus guttatus.

Embark on Chimpanzee tracking experience in the afternoon which is notably the first priority here. Starting in October up to January, the time when the fruits are shorter in supply, the chimps move a lot covering a wider area. So, the success of seeing them drops to about 50% rate. This is an experience you will never forget!

After a delicious breakfast in the midst of the tropical rainforest we calmly depart the national park and drive towards the south. En route we can make a stop at Ziwa Rhino Sanctuary; a home to the only white rhinos in Uganda. The reserve was created to reintroduce rhinos to the country which have been extinct since 1982. Together with a guide you will track the rhinos and observe them in their habitat at a very close and safe distance as you mark the end of your trip

Please book this tour now via

We are warmly waiting for your inquiry!

OR: FIND US AT OUR PHYSICAL ADDRESS