WHY YOU SHOULD VISIT ARUSHA NATIONAL PARK 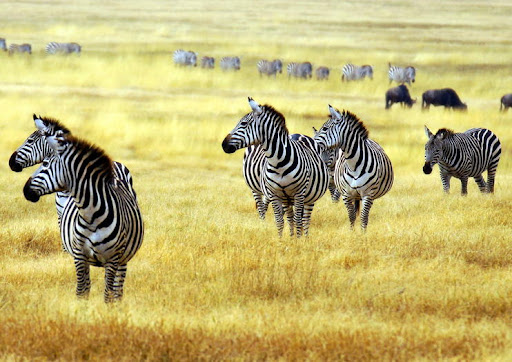 WHY YOU SHOULD VISIT ARUSHA NATIONAL PARK

Despite the Small size of this national park, Arusha national park is one of Tanzania’s hidden gems. The beautiful scenic views from the landscape of the park, coupled with the vast fauna and flora, this park is worth a visit while planning a Tanzania safari.

Arusha national park was established in the year 1960 and gazette into in national park. The park is located north east of Tanzania near Arusha city. It was named after one of Tanzania’s major cites of the country.

The park covers an area of 137km, with just a small area but richly endowed with breathtaking sceneries and attractions. The major physical feature in this national park is mount Meru.

Mountain Meru is Tanzania’s second largest mountain with Mountain Kilimanjaro taking the first place. It is a dormant stratovolcano that last erupted in 1910. It it located north of Arusha town in Arusha national park.

The summit of Mount Meru is holds the 5th position in Africa with a height of 4561m. The caldera of the summits holds of width of 3.5km. The hike and view of this mountain and many more attractions in the Arusha national park, have been a great pull of tourists to visit this park.

The national park is home to a few number of the wildlife species compared to the other national parks located in Tanzania.  Wildlife viewing get the visitors a chance to sight of a number of wildlife such as the elephants, bush backs, zebras, warthogs, cape buffaloes and many more.

Arusha National Park is has been recorded as a bird destinations with over 120 bird species ready to see. The most common bird species to look out for while at the national park include Hartlaub’s turaco, scaly spurfowl, hadada ibis, silvery checked hornbill, cinnamon chested bee eater, Taveta weaver, the bar tailed trogon and Narina trogon. Flamingos in the momella lakes, can be insightful on a birding safari.

The momella lakes are located in at the north east side of Arusha  park. There are seven momella lakes in the region in these include; Tulsan, Lekandiro, Kusare, El kekhotoito, the big momella and small momella. These are alkaline based formed lakes that were formed from the volcanic debris from the earlier eruption of mountain Meru. These lakes are home for wading birds and good sights for birding.  Other wildlife such as zebras can as well be sighted from the banks of the lakes.

The park is subdivided into three regions that hold the major attractions of the Arusha  park.

This forms the western side of Arusha  park. It features the mount Meru peak and the Jekukumia River. This funneled river, channels into the formation of maio water. A Hike along the banks of the river, with a rewarding refreshing feel of the maio water fall waters is truly worth it.

The south eastern region of the national park is mainly dominated by the park’s grasslands and Ngurdoto crater. This crater is 100 metres deep and spread out to a wide of 3.6km.

The North West side is composed of the momella shallow lakes, and it is suitable for wildlife viewing and bird watching.

Game drive in Arusha national park are conducted and done around the momella lakes. These lakes are visited by a number of wildlife species, though these don’t drink from the waters. The presence of wildlife at the lakes gives a chance of wildlife sight while on game drive through the plains of Arusha  park. Wildlife spotted include, hyenas, zebras, giraffes, cape buffaloes, elephants, leopards, hippos, wildebeest and many more. The best time for wildlife viewing in Arusha national park is during the dry seasons that is during the months of June to October.

The presence mountain Meru avails an amazing chance for hikers to experience this national parks. Mount Meru is accessed from the momella lakes from the eastern gate. The hike rewards beautiful aerial view of Arusha  park landscapes and the mount Meru summit that is found on the west Meru crater.

The best birding time in Arusha national park is best day in the dry season during the months of June to October, though it’s available all year round. Migratory birds from Europe and North Africa are spotted from the Month of November to April.

How to get to Arusha national park.

The park can be accessed with a road transfer or an air transfer. It is located

25k from Arusha, 35 kilometers from Kilimanjaro national park and the park’s main gate is 25km from Arusha city taking only a few minutes.